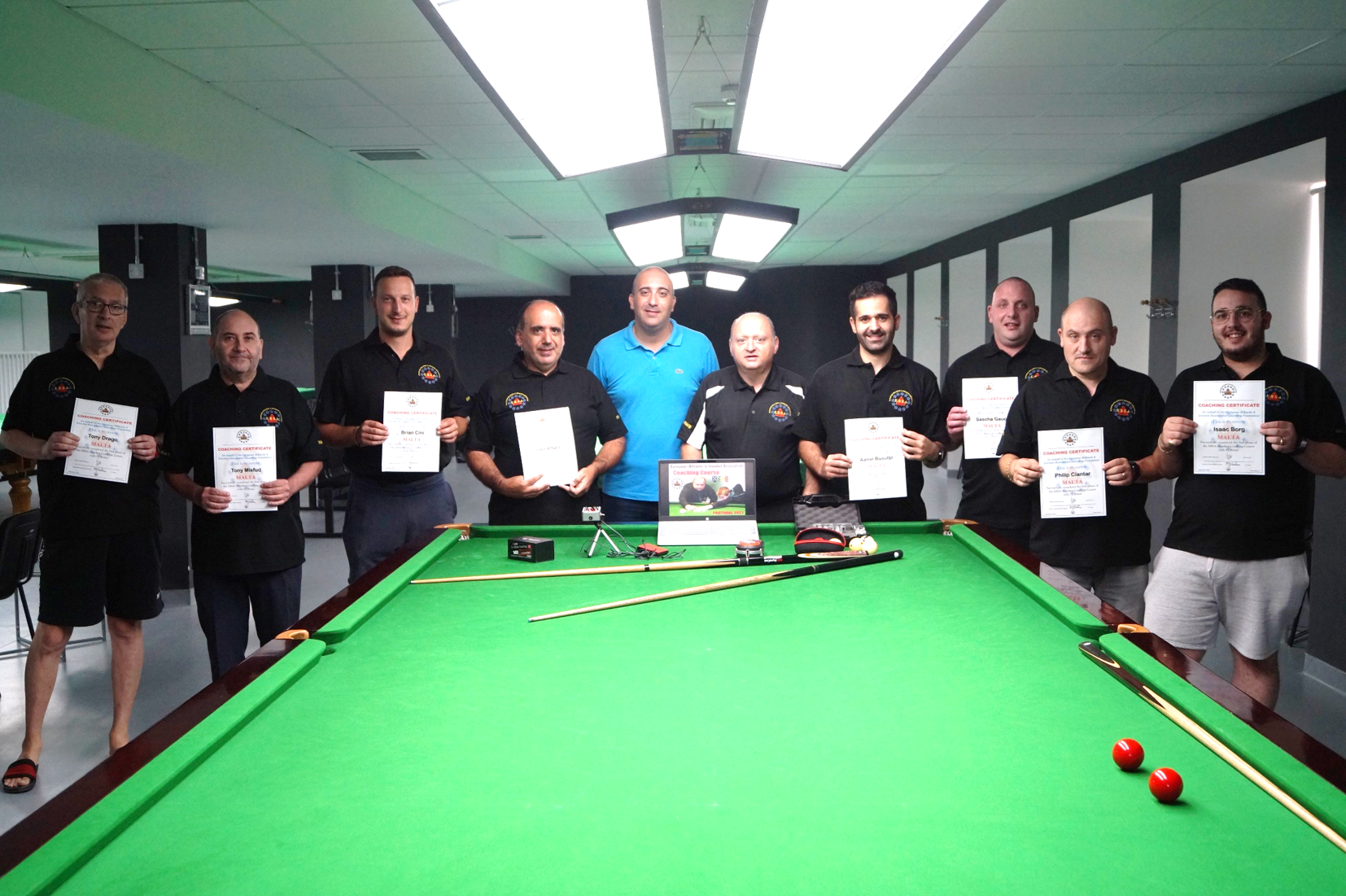 In my role as Head of EBSA Coaching I travelled to Malta to hold an EBSA Coaching Course from the 3rd – 5th of September 2021, to train eight Maltese coaches on behalf of the European Billiards & Snooker Association in becoming Official EBSA Snooker Coaches.

The successful course was held in the incredible Malta Snooker Academy in the city of Hamrun were eight coaches were nominated by the Malta Billiards & Snooker Association to attend this three-day intensive training course.

The EBSA Coaching Courses are only open to recognised coaches who are approved by their own National Governing Body. The eight nominated coaches this time around had already a lot of experience in the game. 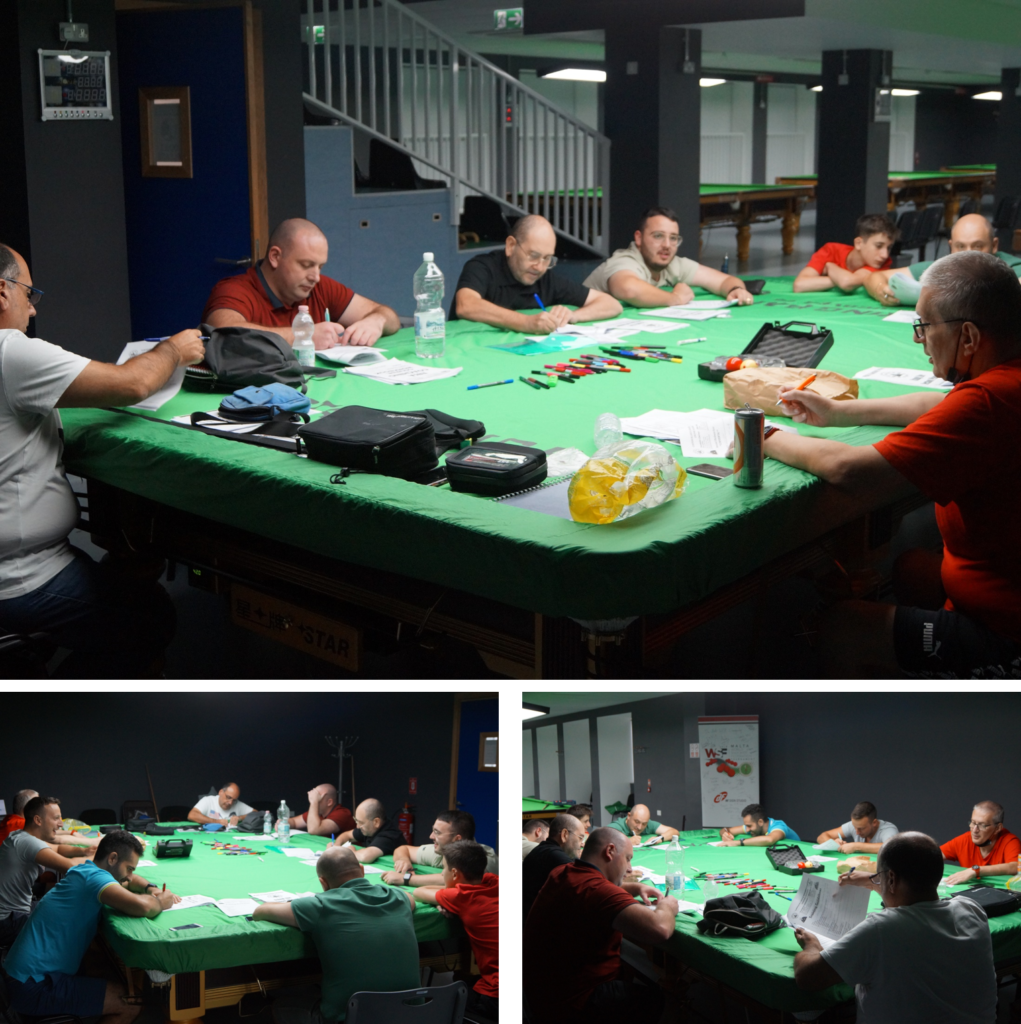 ” It was great to come back to Malta to hold this course.  The Malta Snooker Academy is located at the ex-Maria Assunta School, in Hamrun. The Academy boasts 7 Star professional snooker tables as well as 5 small Star tables.

The Academy is fully equipped with air-conditioning and is used for training purposes especially by top Malta players. It was a big honour to train and qualify eight new coaches for the Association that will hopefully help grow the game and develop the coaching program all over Malta.

The EBSA Snooker Coaching syllabus includes a practical exam as well as verbal and written exams covering all the techniques and skills of coaching the game of snooker.

This Coaching course covered all aspects of the game from:

On the final day they completed the EBSA coaching written exam. 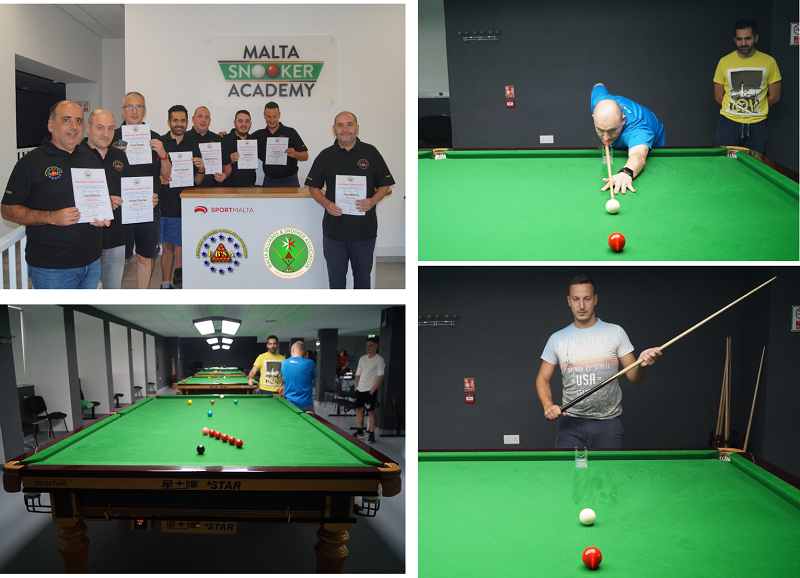 A new MSBA Association training program and manual in Maltese will now be developed to help the new coaches train and guide the players. The coaches will now begin their probation period where they will complete all the necessary assignments to graduate in becoming a fully accredited EBSA Coaches later on this year. 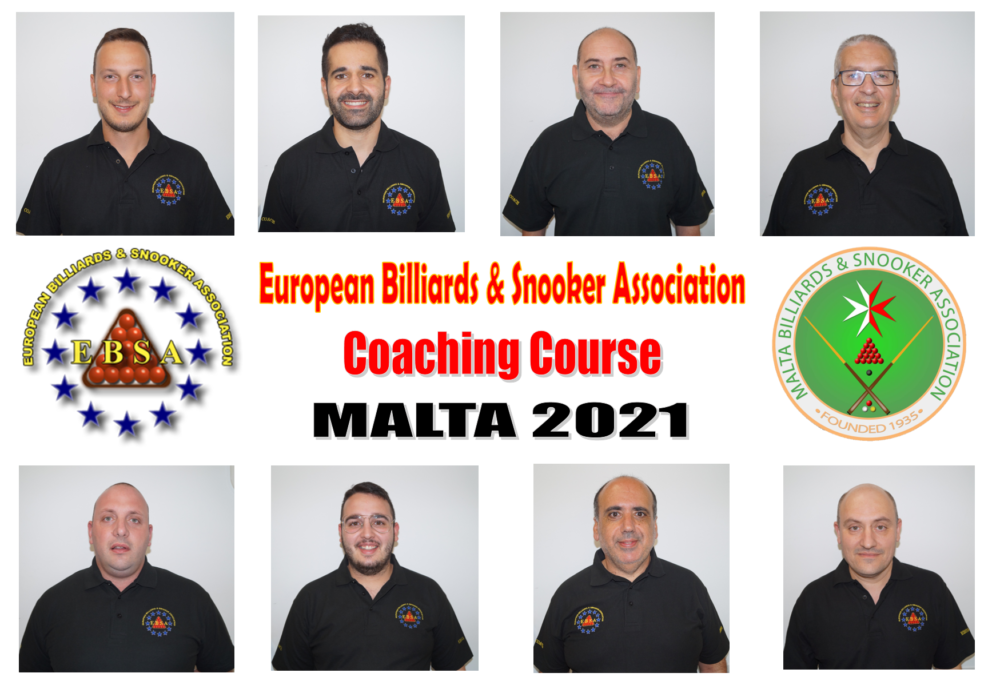 The EBSA will soon have 100 EBSA Coaches from 33 countries with full EBSA accreditation promoting the game all around Europe which goes well for the future of the game all across Europe.

I would like to personally thank MBSA President Ivan Brincat for Inviting me to Malta and for the beautiful presentation. I would also express my gratitude to Lothar Mallia and the MBSA board for their assistance in arranging everything for this course. 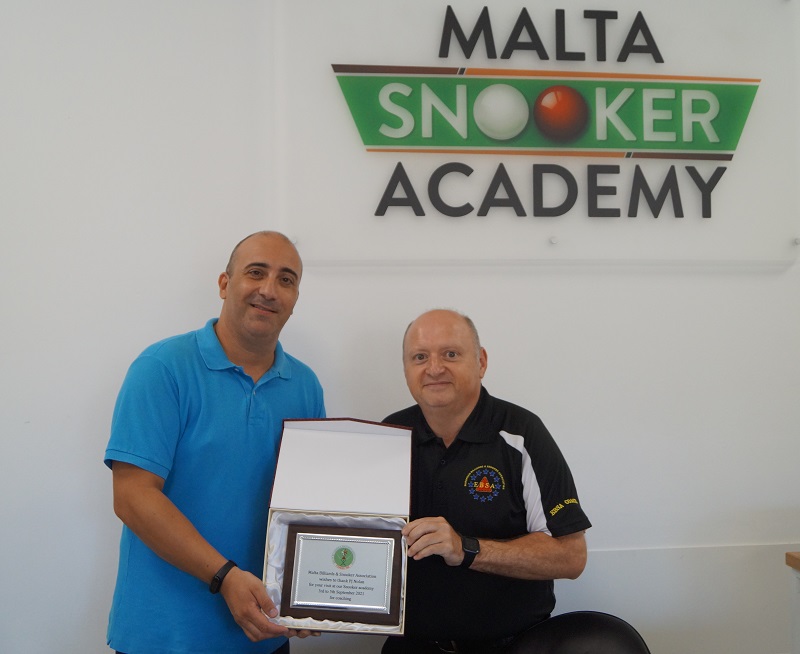