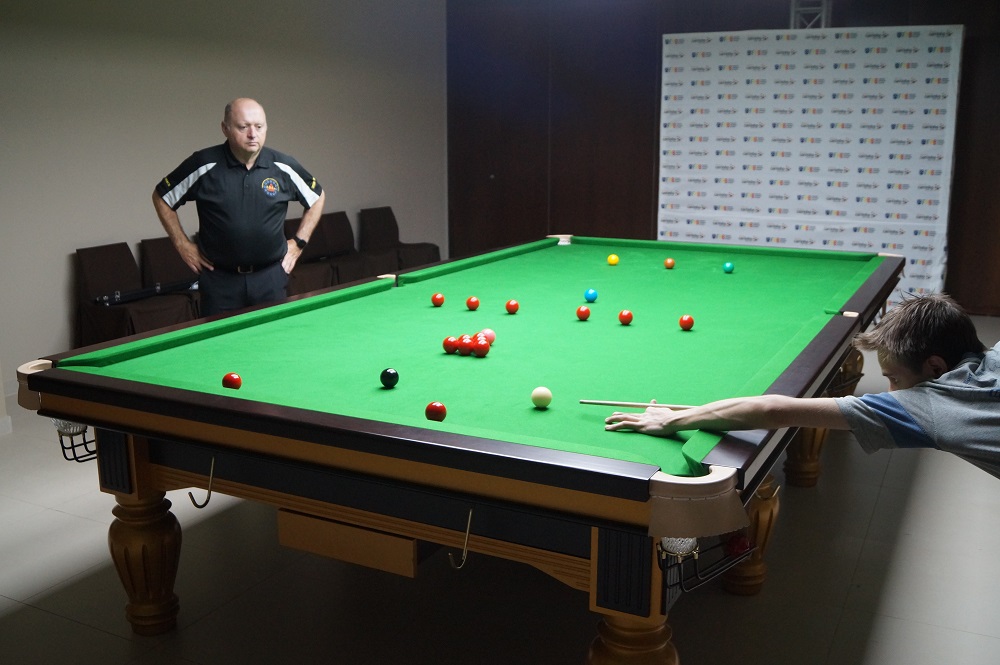 As Head of EBSA European Billiards & Snooker Coaching, I had the honour of holding 10 days of free Cue Zones at the Albufeira’s Vidamar Hotel Resort in the Algarve during the 2021 European Snooker Championships in Portugal.

EBSA conducted free cue zones from 2nd – 15th of October for players who attended this year’s European U-18, U-21, 6red, Men’s. Ladies and Seniors Championships. I worked with a number of very talented players aged from 10yrs to 70yrs from all across Europe and they really impressed me with their commitment during the lesson.

I would like to personally thank all players who attended the cue zones, as it was booked solid for the 10days. I hope you all enjoyed it as much as I did. I look forward to seeing you all again at a EBSA Championships in the near future.

Each player who attends my Cue Zone this week received a Training Booklet to help them improve their Practice game.

Maxime Cassis EBSA President ‘’ said that the cue zones were a huge success again and they are a vital part in our development of the sport. We were delighted to have PJ and his EBSA team holding EBSA cue zones to help our players improve their games led by our experienced Head Coach from Ireland’’

Promotion of the game

If you would like to become an EBSA Official Snooker Coach, first step is to get your National Governing body to write to the EBSA to nominate you to apply to hold or attend a course.

For more information on the coaching Click on” Coaching” on www.ebsa.tv web site or email PJ on pjcoach147@hotmail.com

A big thank you EBSA President Maxime Cassis and EBSA Vice Chairman Ricardo Salgado, EBSA Treasurer John Terry and the Albufeira’s Vidamar Hotel Resort for their assistance in arranging everything for the cue zones.