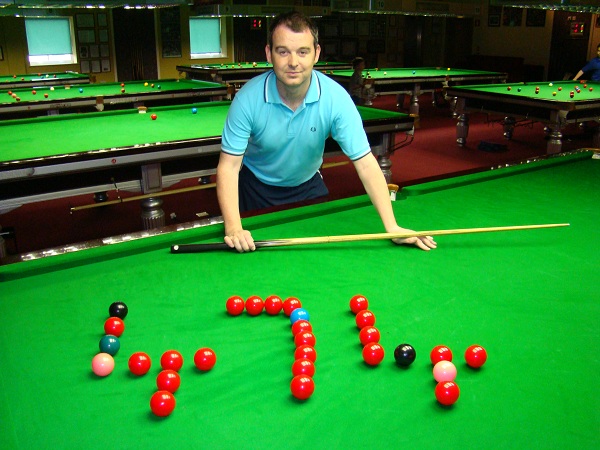 In the world of sport, very little can compare to being that of a world record holder. It is something that gives every player, regardless of age, gender, race or nationality, something to aspire to in hopes of becoming one of the greats. Through this, it incentivises the player to work and train hard, day after day to become the best. It is by this thinking that 147 Academy is proud to announce the ‘147 Academy world record holders program’.

Through this, players from across the globe will be able to obtain a world record score in PJ Nolan’s academic drills. Previously 147 was the highest break one could achieve, but through this program any score is achievable. This allows players to observe and judge, for themselves, their own skills and capability within the game so that they may better themselves for future tournaments against rival players.

Within the academy drills breaks of 100, 200, 300, 500 and so on, are possible. To put this into the broader context, a current world record holder, Declan Brennan, has a score of a 2,084 break on ‘The Academy Colors Break’ routine; obtaining 77 consecutive clearances while missing the brown on the 78 clearance.

PJ has designed this program with four categories to get players to push themselves to their limits in order to obtain a world record. These can be won by anyone of any age or gender in the senior level along with a category for under 21s, under 18s, under 16s, under 14s and under 12s so this give everyone equal footing and an equal opportunity to achieve a record of their own right.

Each Routine you attempt your highest Score / Break by starting with the cue- ball in hand anywhere on the table. If you clear the routine, you replace the balls back on the table and continue the Score.

These 25 specific routines were designed by PJ Nolan, a professional Irish snooker coach with over 25 years of experience, PJ firmly believes that this solo training, through these types of routines, is the future of snooker training and will boost a players focus and concentration. These routines, mixed with good practice partners to train against and competing in the correct competitions will become paramount to a player’s real-world in-game performance as time goes on.

The following 147 Academy players have previously used this training program and, achieved fantastic results on the match table. They have recommended this training format to all players. Many are Elite players, and some are of the most promising juniors in the world.

To win a world record, a player must make their break either with PJ, during a lesson, or in front of someone. The break must be video recorded, uploaded to YouTube. The break must be made on a full size Snooker Table. Finally to confirm new record break the player must email PJ on pjcoach147@hotmail.com with the you-tube ink along with the following information:

Without all information the record will not be recognised in my Academy. The records will be updated once a week on www.147academy.com and I am sure it will have everyone training and practicing at their best.

I would like to wish everyone good luck PJ