You are here:
Cue Zones 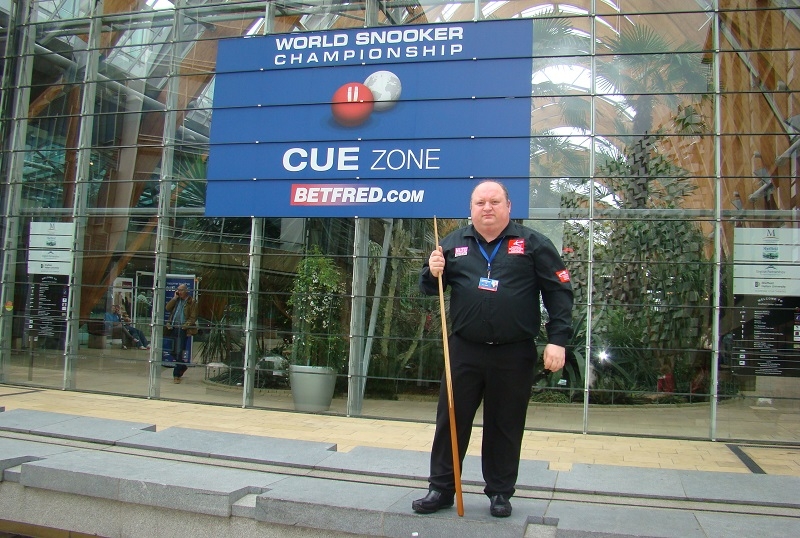 One of the highlights of the summer was when I was invited by World Snooker to lead the cue zone at this year’s world snooker championship in the Crucible in Sheffield. Players from 5 years old to 87 years old participated throughout the Saturday, Sunday and Monday on specific routines against the stopwatch and some on the breaks the players achieved. World Snooker awarded gold, silver, bronze medals to the winners and certificates were presented to everyone who took part in the Cue Zone.

The cue zone was held in the Winter Gardens BBC TV Studio with Hazel Irvine, Steve Davis, John Parrott, Ken Doherty and Willie Thorne doing interviews and analysis of the matches from the crucible and they also cheered on the public doing the routines in a great atmosphere.

There was a big Irish following at this year’s championship in Sheffield to support Ken Doherty and RIBSA players Davan Clarke from Westmeath and Team Killarney consisting of Connie O Sullivan, Derry O Sullivan and Sean MacGonagle were among the gold medals winners in the various routines.

I really enjoyed the experience and it was great meeting snooker fans from all around the world in the home of snooker. I would like to thank world snooker for inviting me to become a official world snooker coach and be part of the WSA cue zone.