You are here:
Academy NewsCue Zones 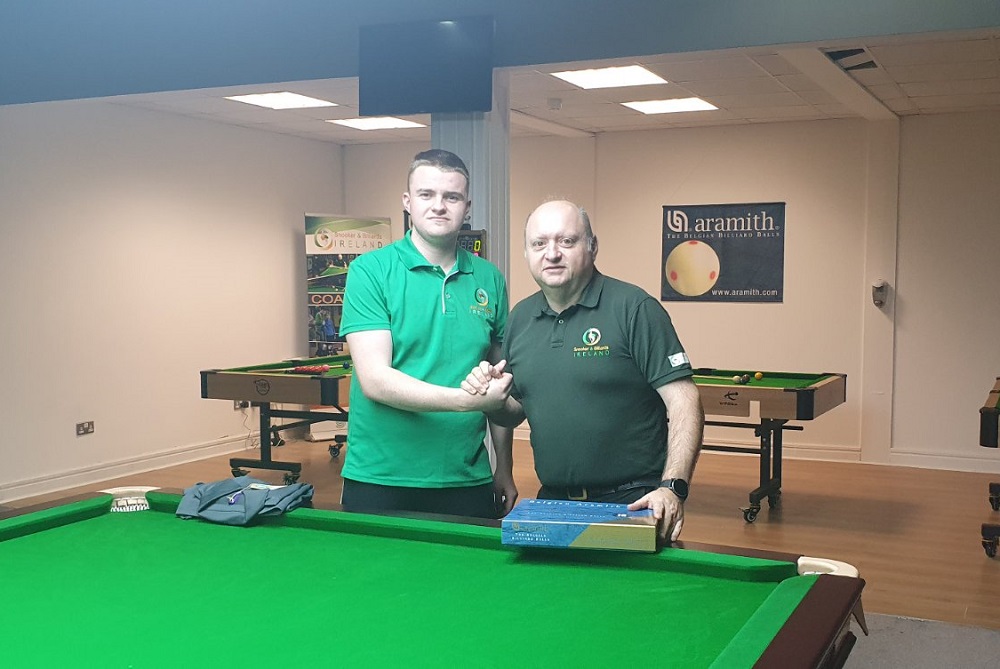 For the first time in almost two years I held my first official Snooker Coaching lesson in Carlow in the Republic Of Ireland. On the 5th of January 2022 I had the pleasure of training Ireland’s Ross Bulman from Youghal in the new Snooker & Billiards Ireland HQ in Carlow.

This HQ will be my new home base for all my coaching and features 4 Star Tables, 4 Shender Tables and 4 Mini Star Tables in a state of the art new academy. It is an honour to have such a place to hold my lessons and camps.

Ross was preparing for the 2022 WST World Snooker BetVictor Shoot Out in England. Ross was nominated by the WPBSA as one of Eight amateur players to compete at the Shoot Out this year which will take place in Leicester later this month. The tournament runs from January 20th – 23rd at the Morningside Arena with 128 players competing for the trophy.

I was very impressed with Ross’s attitude and performance on the day with his scoring, cue ball control and technique. We worked on all areas of his game and earlier in the day I fitted a new tip on his cue. Ross recieved a technical profile and a booklet on his mind fitness.

Ross was very impressed with the facilities in the new SBI HQ in Carlow and said it was an honour to be the first person for a lesson in the new Academy with PJ. Ross also said he will be holding more sessions in the future to prepare for the Europeans in April in Poland.

I am now taking bookings for coaching lessons in the SBI HQ in Carlow so if interested email pjcoach147@hotmail.com for possible dates and times available.

All my training lessons are digitally recorded and the player bring home a CD of the lesson or brings a pen drive so they can study the key points from the lesson on a computer or TV after the lesson.