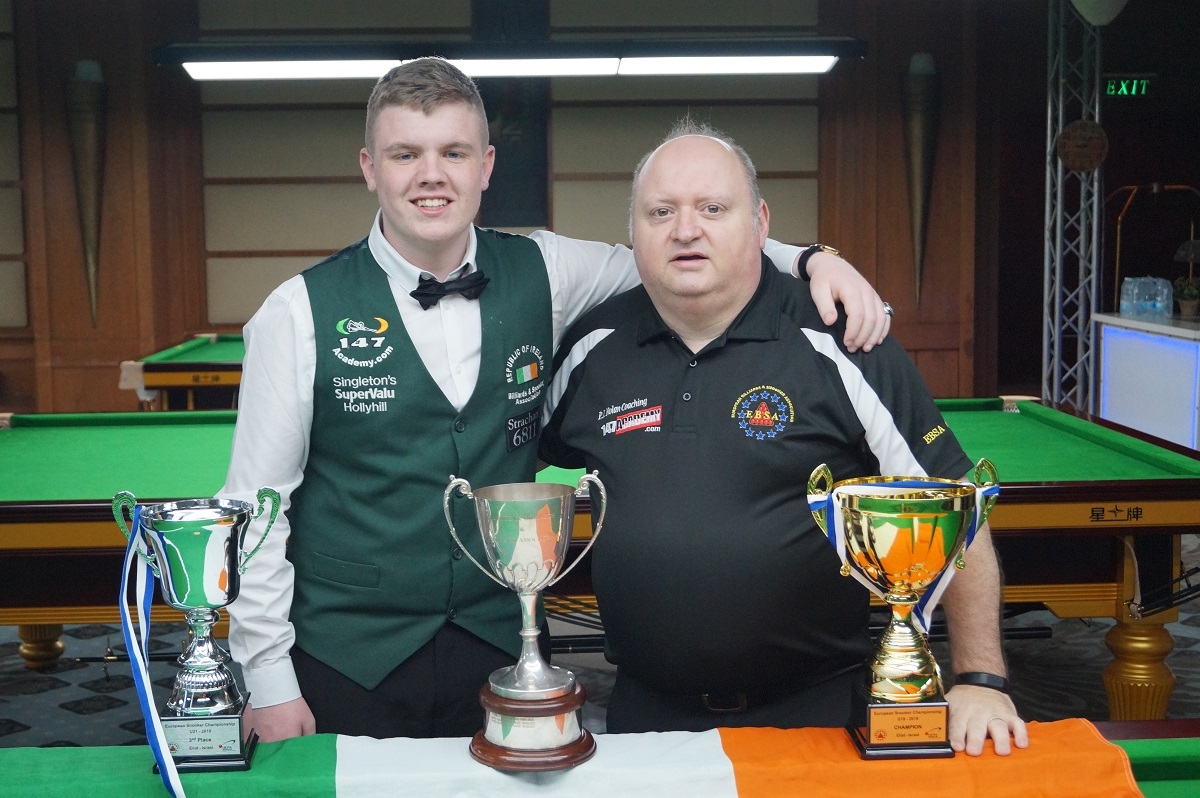 My 147academy student Aaron Hill from the Republic of Ireland won the 2019 Under 18 EBSA European Snooker Championships in Eliat, Israel. In the final he beat fellow academy member Dylan Emery from Wales 4 frames to 3 in a superb high quality final.

In the semi final he featured four of my students as Florian Nüßle from Austria and Ross Bulman from Ireland reached the semi-finals plus Dylan Emery won the high break prize with a superb 141 break so it was a dream event for my 147academy. 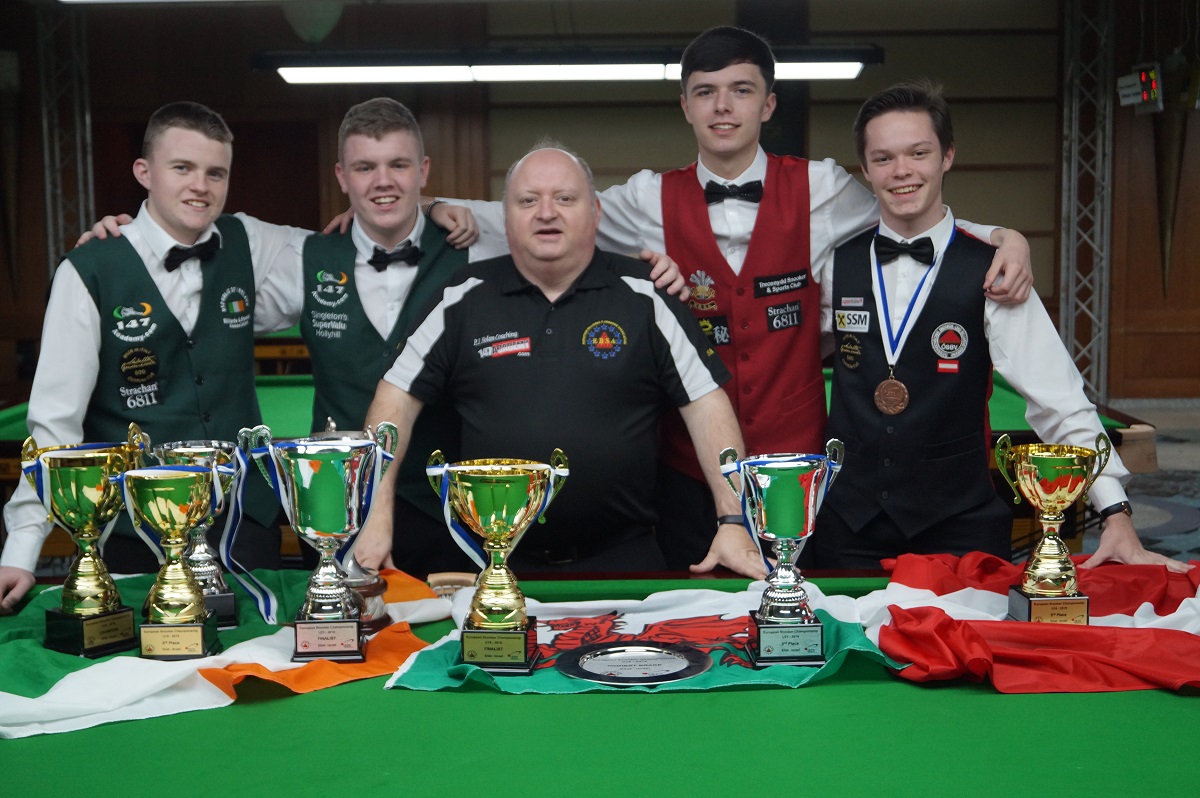 In the final Dylan won the opening frame with a 54 break and Aaron levelled at 1-1 but his welsh opponent came back to win the next to go 2-1 with the help of a 59 breakup, Aaron then levelled at 2-2 with a 59 break and then won the fifth frame with 50 break a to go 3-2 up, back came Dylan to level the match but the Irishman got in first with a frame winning break of 84 to win his first International title. 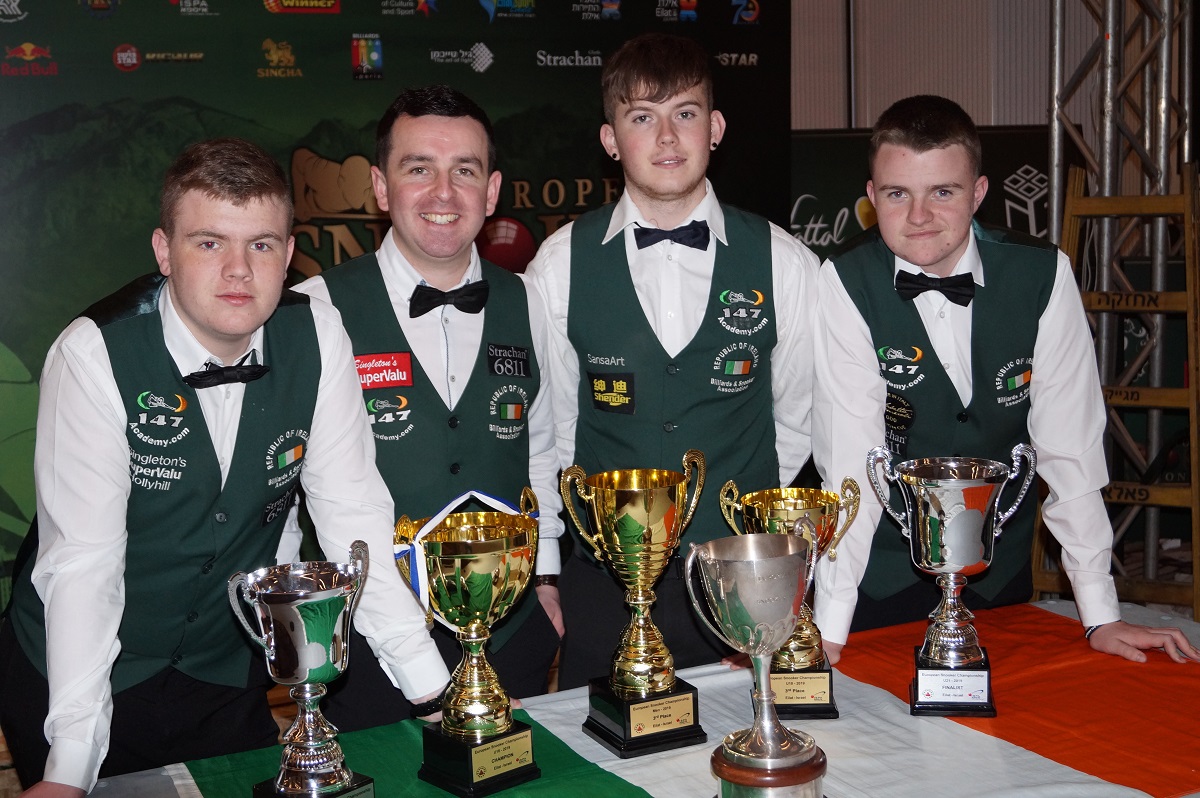 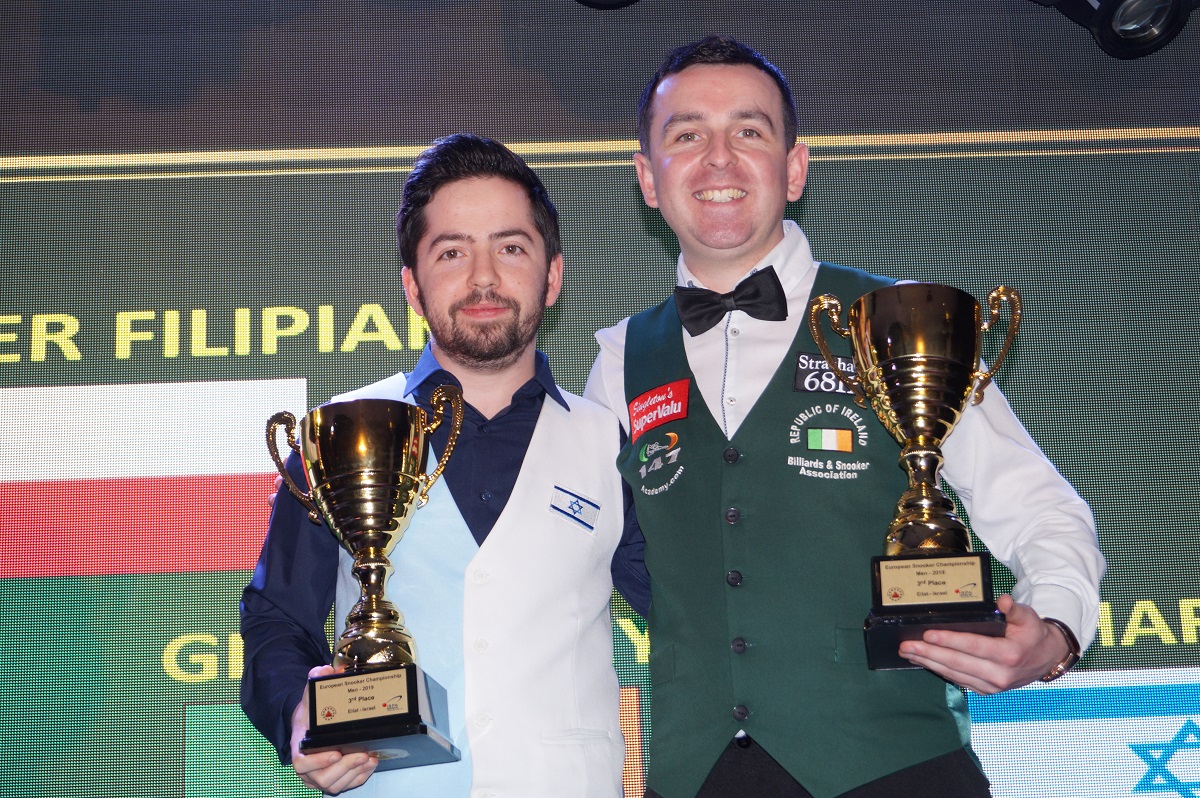