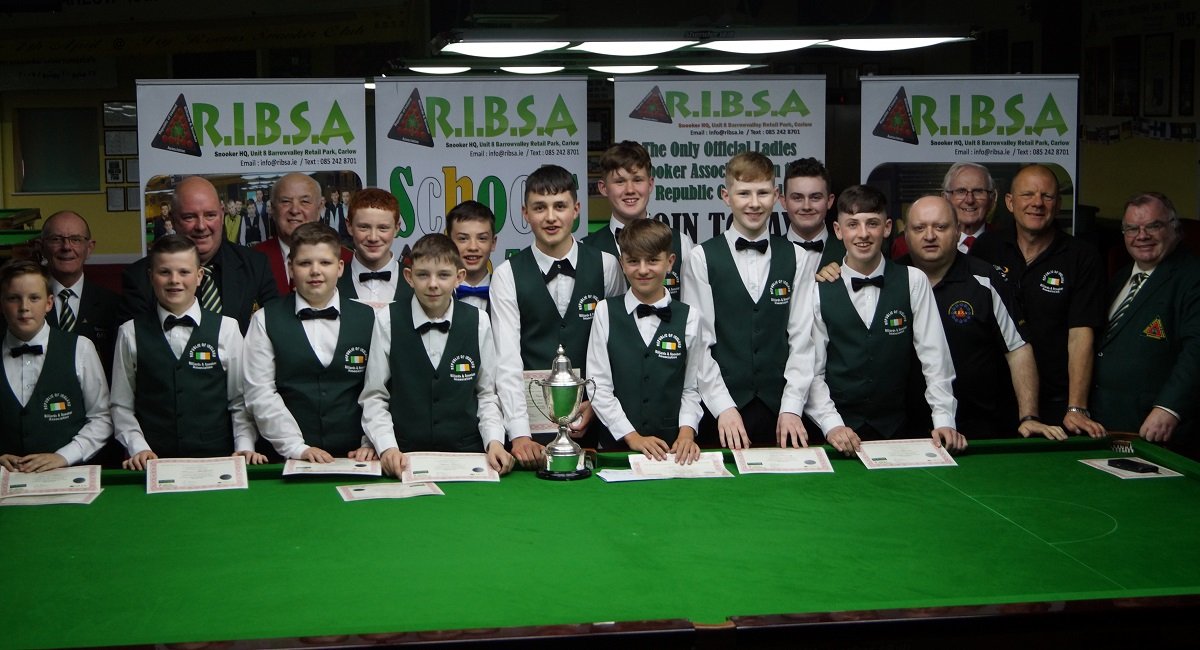 Last week I had the honour of Coaching the Republic of Ireland Juniors to beat the Welsh Juniors in the 2019 International Celtic Challenge Cup in the Ivy Rooms SC on Saturday 22nd of June by 92 frames to 52 and retain their Junior title in style with a session to spare.

This event features the best Under 14 and Under 16 players from the Republic Of Ireland and Wales playing 6 matches of 2 frames each on the day to find the Champion. RIBSA juniors won all 6 sessions on the day. 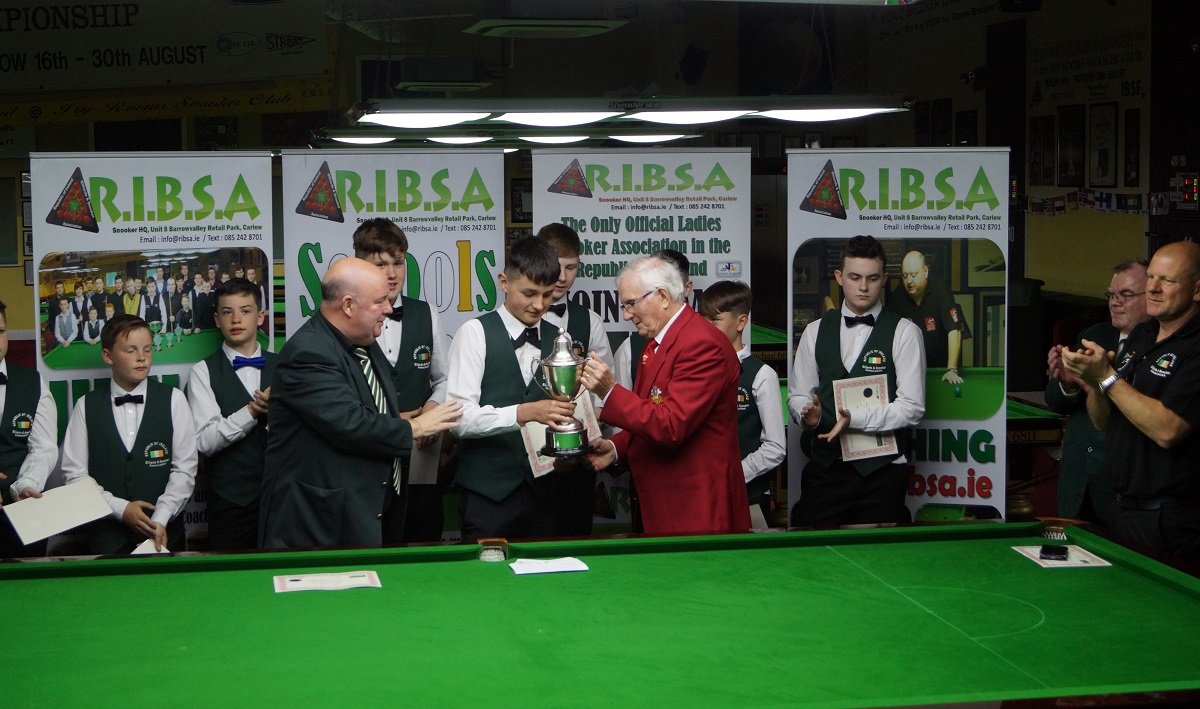 Team Captain Jack Newman from Fermoy SC was presented with the perpetual cup by Jim Leacy and Gordon Pantall in front of a large cheering crowd in the Ivy Rooms SC in Carlow and he thanked RIBSA, Welsh Snooker, Ivy Rooms and all the players on a superb day of Junior Snooker and he was delighted to captain the winning Irish Team. 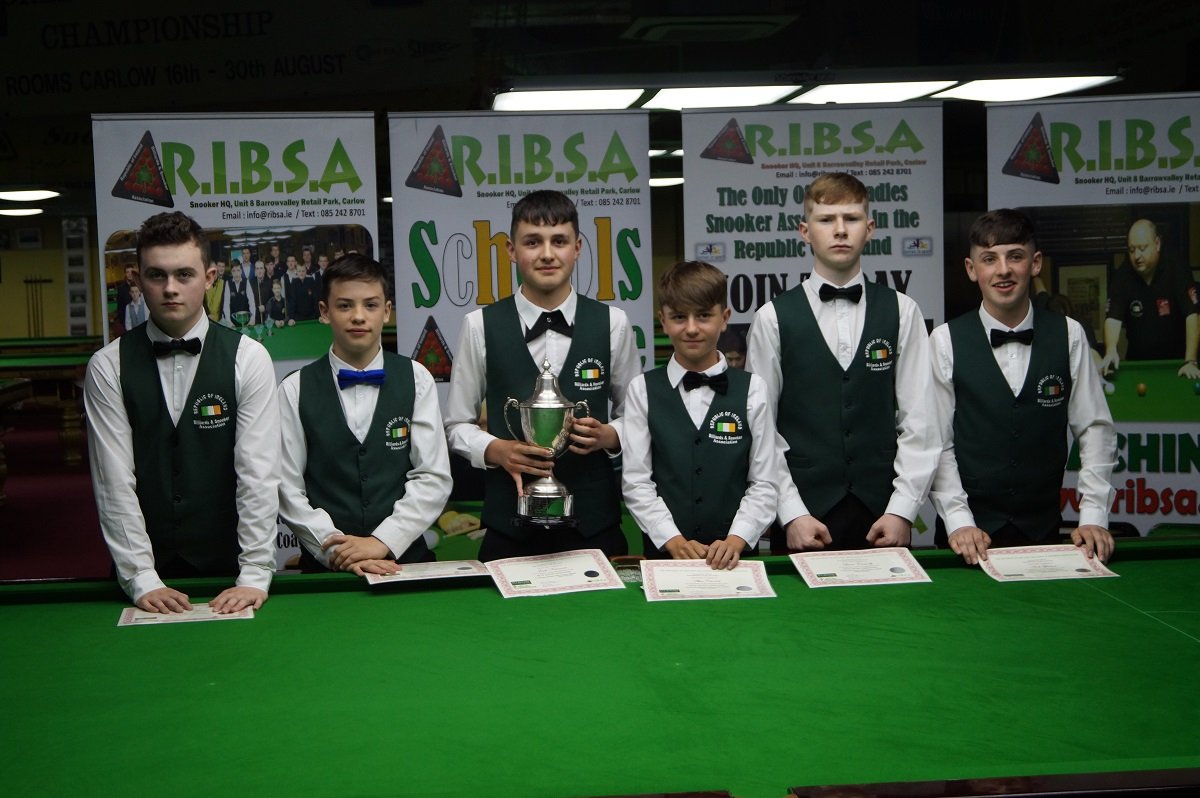 Session Scores on the day 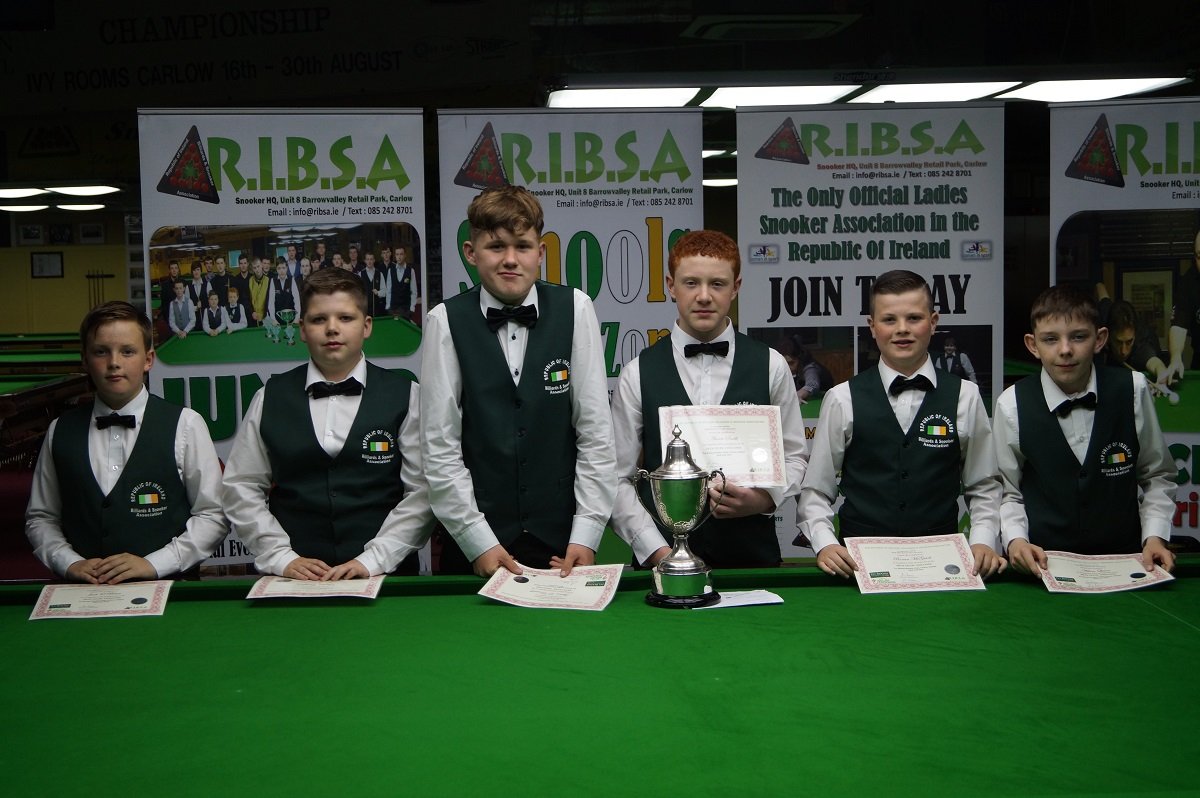 This year four tables were live streamed via the ribsa web site and you can view the matches now via the ribsa you tube channel. CLICK HERE

Irishman Ryan McGuirk crowned the perfect day when he won all his matches 2-0 to secure the player of the tournament award on the day and he also had the highest break on the day with a 53 break.

The TD on the day was National Coach PJ Nolan and the action began at 10am with the final session at 6.30pm. The presentation of certificates to all the players and officials was made by RIBSA President Jim Leacy and Welsh Association Gordon Pantal. 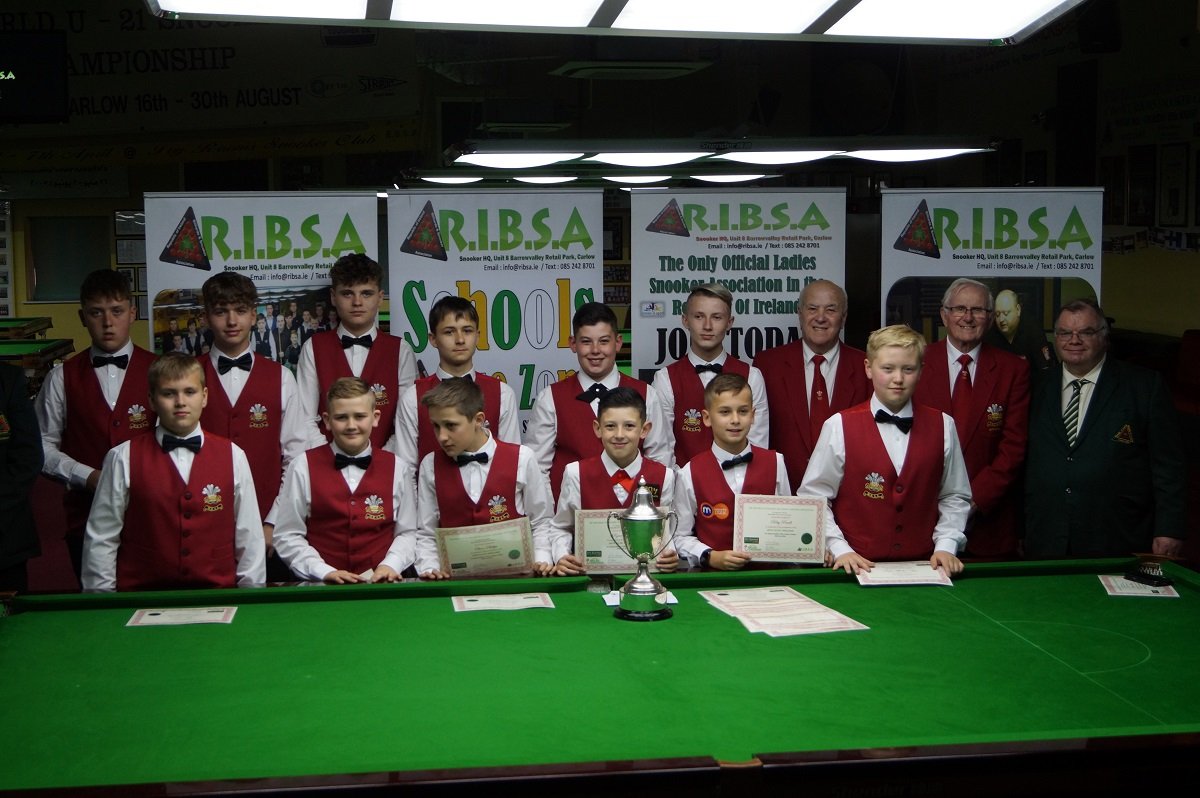 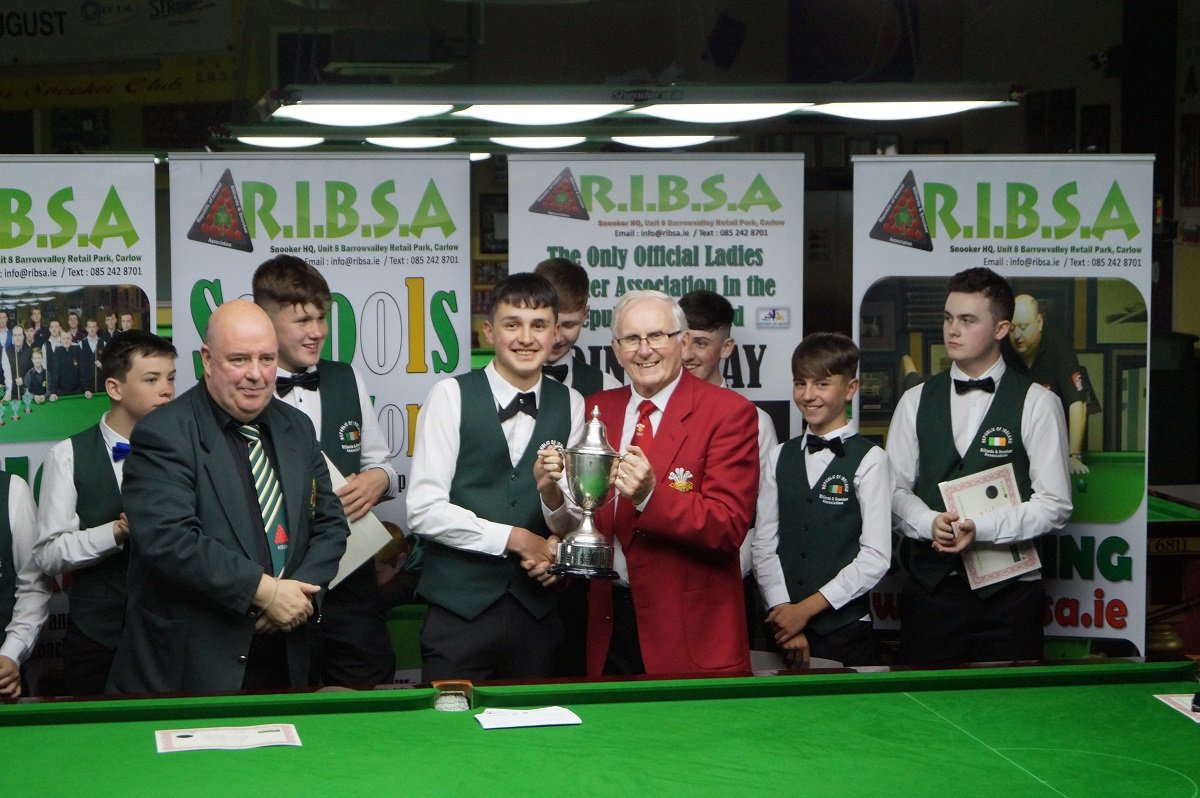 This year RIBSA Referees Pat Mooney and Gerry Russell are in action on the day. 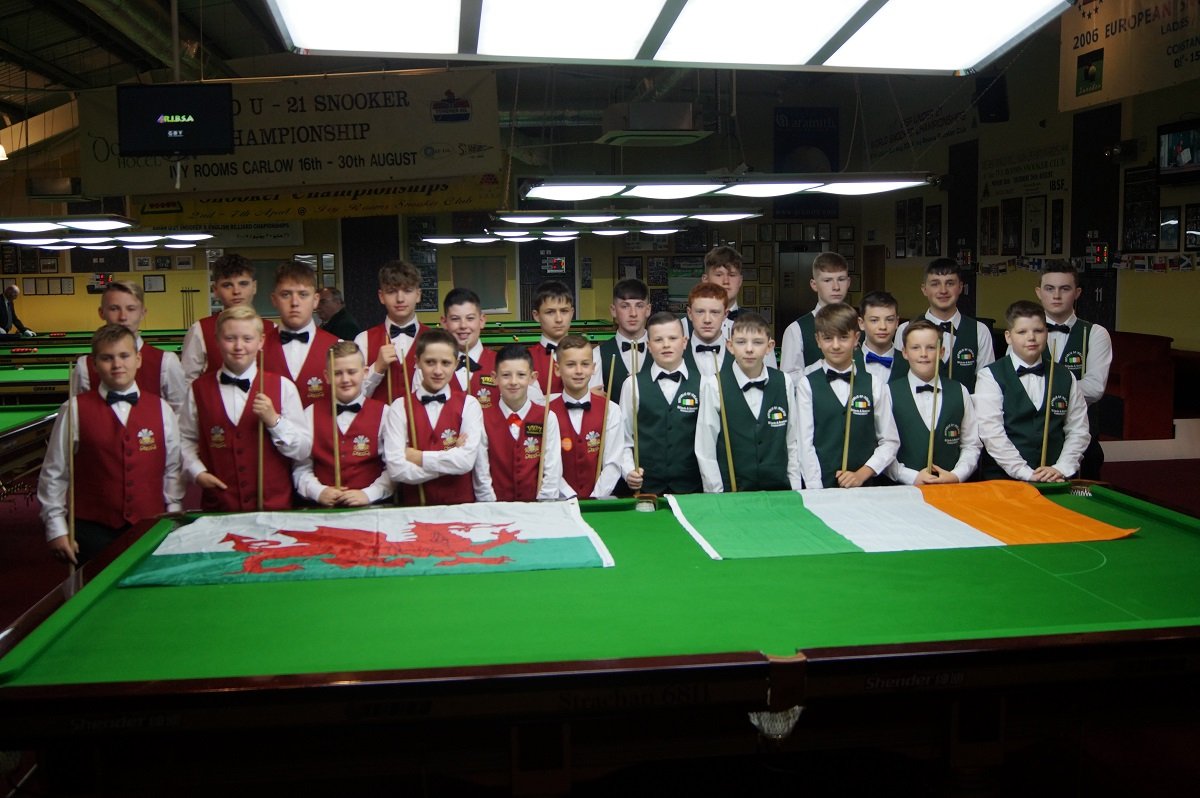