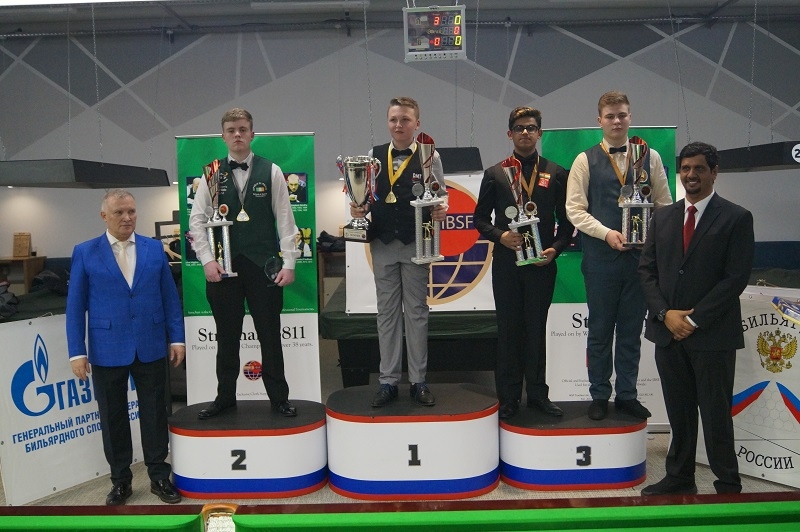 On Sunday 7th of October Ireland’s 16 year old Aaron Hill from Cork brave run to become the 2018 IBSF World Under 16 Snooker Champion in St. Petersburg, Russia ended with the Corkman losing the final 4 frames to 3 to Ben Mertens from Belgium.

The final started off with the young Corkman winning the opening two frames with a 78 and 47, back came the young Belgium to close the gap to 2-1, Aaron then went 3-1 with a help of a 45 break and was in touching distance of the world title. Ben then fought back again to win the next two and force a decider with a top break of 74. 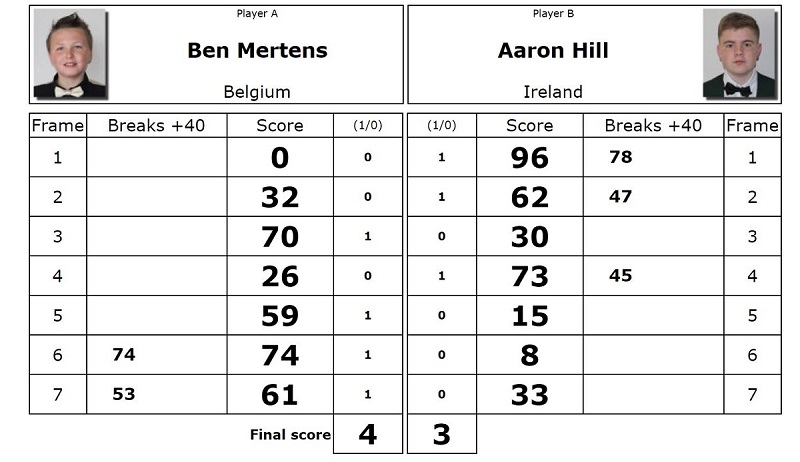 In the decider Aaron got in first and made 32 but after many safety shots, Aaron got Ben in a very difficult safety position. The young Belgium tried to pot his way out of trouble but missed and it seemed Aaron would get his chance to win the world title but a red dropped in. 13 year Belgium did not want another chance and made a winning clearance of 53 under pressure to win the world title and deny Aaron the title. 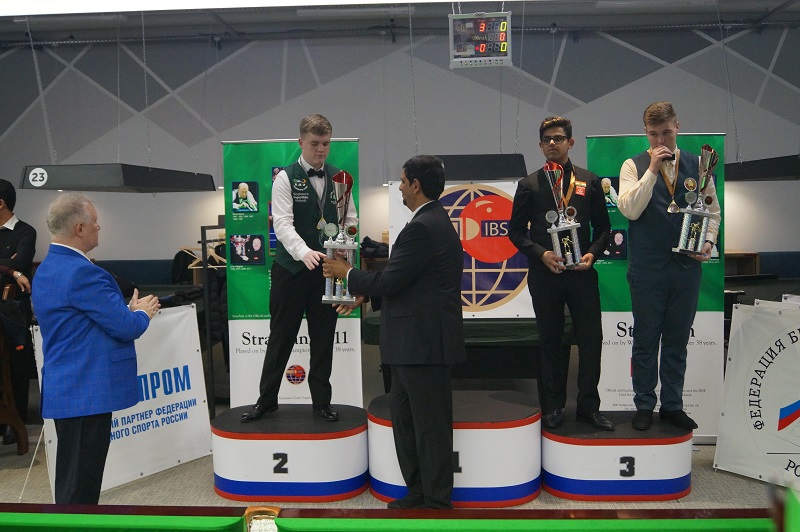 Aaron Hill also won a share of High Break with his superb 131 break on Day 1 of the Championship.

National Coach PJ Nolan said it was overall a fantastic tournament for all the RIBSA juniors. I was so proud of the way they played and behaved in Russia. We are all gutted for Aaron after coming so close but I told him we will be back again fighting for the titles in the future. 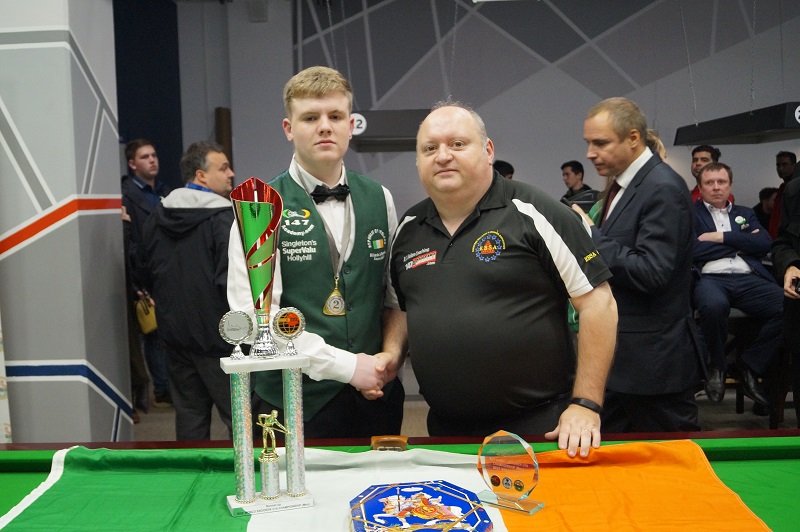 The Republic of Ireland sent six players to the World Championships and all six reached the last 32 knock outs rounds. We had four players in the last 16 and Aaron went all the way to the final which bodes well for the development of their games.

I was very proud of each player and each player showed me how much they trained and the future is looking good for my 147academy and Irish Snooker. 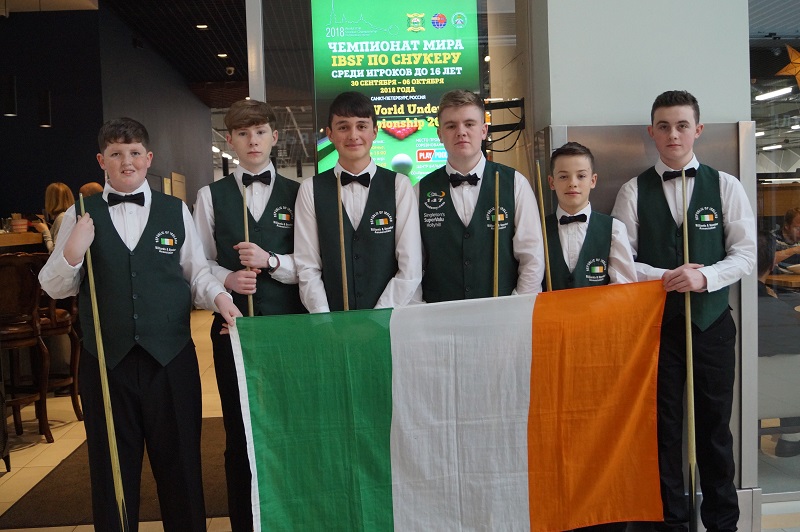