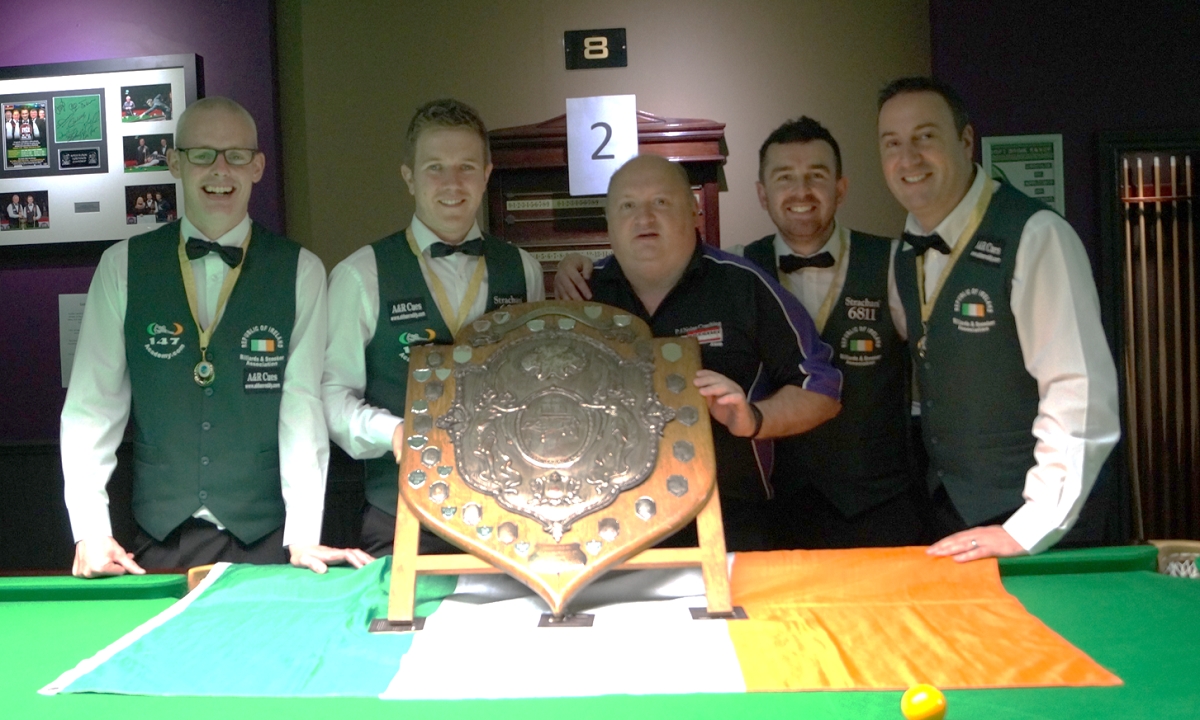 This week I had a great honour to coach and manage the Ireland Senior Snooker team to retain the prince of Wales Home International Perpetual Shield.  The team of Brendan O Donoghue, Rodney Goggins, Greg Casey and Michael Judge won the event in the Northern Snooker Centre in Leeds where Ireland played England, Wales, N Ireland, Scotland and Isle of Man in one of the most prestigious team events in the world.

Ireland had only ever won this Home International title six times in their history in 1993, 2000, 2001, 2012, 2017 and this year’s team now write their own names into the record books with this unbelievable performance of retaining the title in style.  Michael Judge had the honour of making the highest break in the event with a 112 break.

The Republic Of Ireland Seniors remained unbeaten in the event with five superb wins from thier five matches: 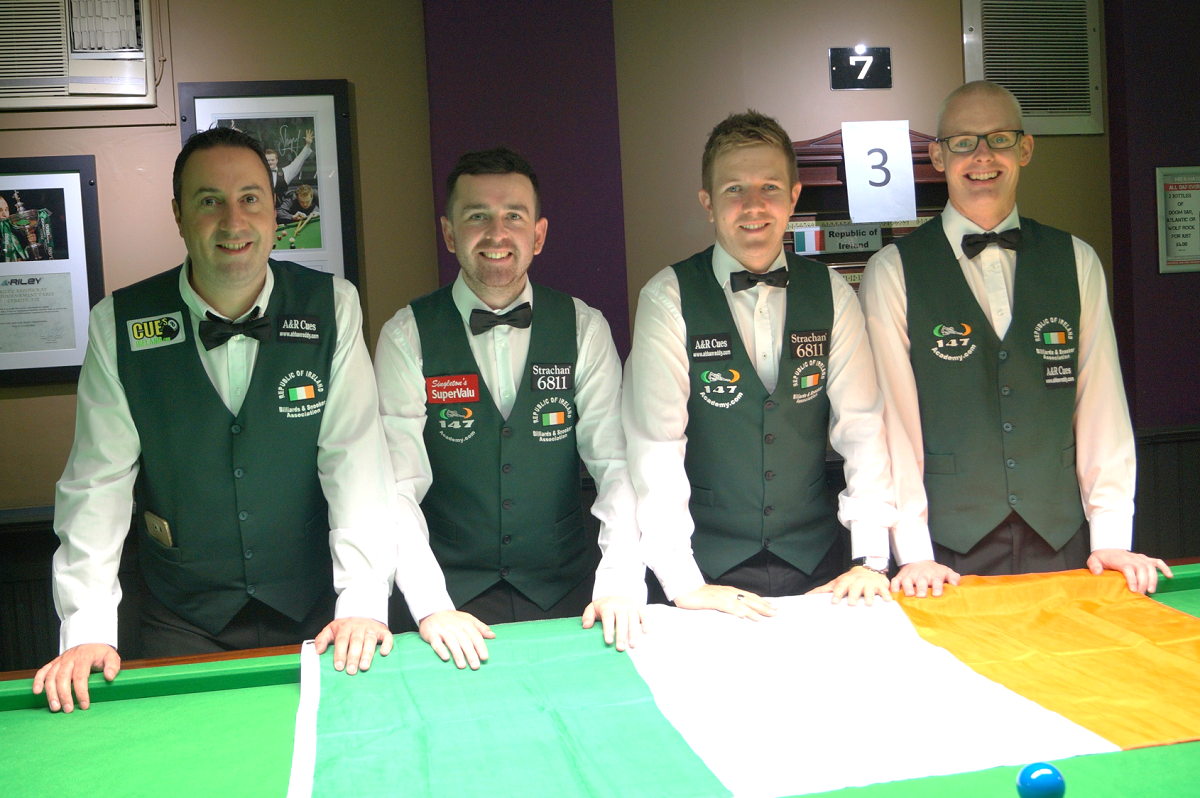 I have now had the honour of coaching and training five RIBSA teams to win this Home Internationals senior title as I was the coach back in 2000, 2001, 2012, 2017 and now in 2018 and the team spirit and commitment this year was superb by all the players and they were very professional in all their matches winning key frames at crucial times.

The History of Ireland winning the Home Internationals

The Republic Of Ireland Senior Teams have won the Home International on six occasions.

In 2017 Michael Judge, TJ Dowling, John Farrell and Robert Murphy and the Coach was PJ Nolan. 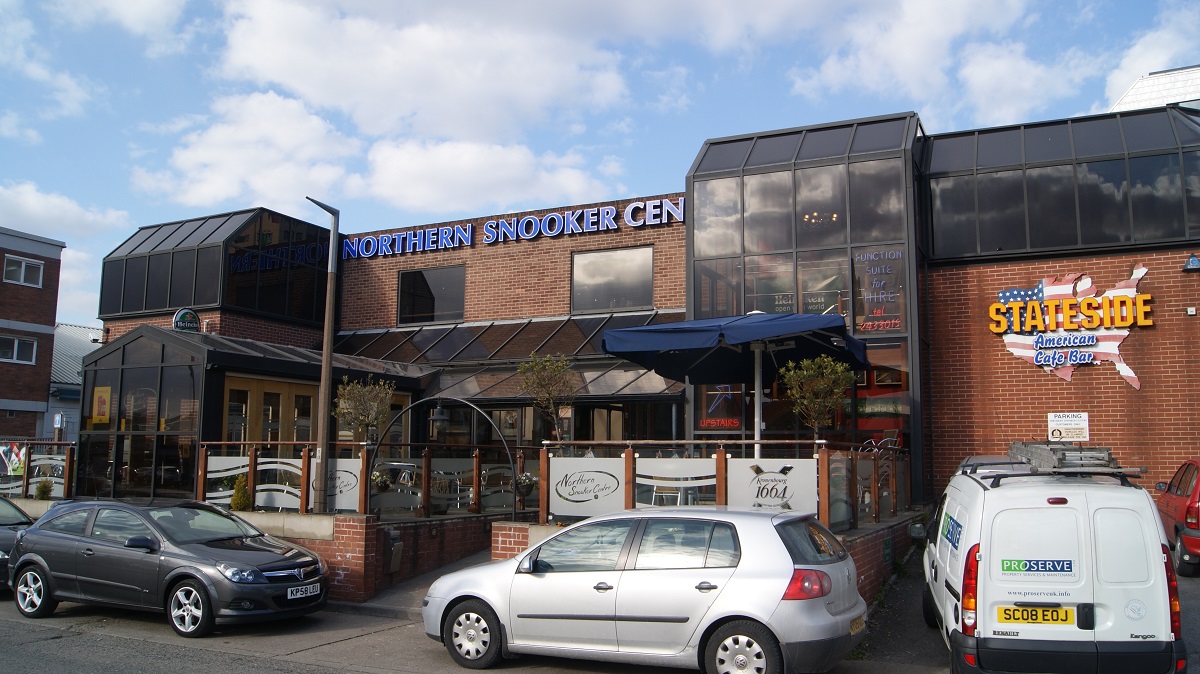