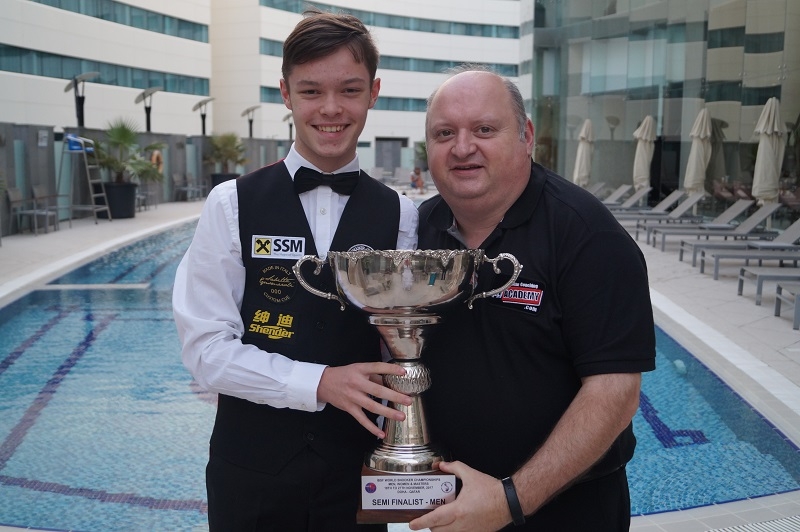 Florian’s amazing run started with the young Austrian winning all his four group matches to top his group and he was seeded 4 in the knockout draw.  Click Group results

Florian has dominated the Austrian snooker scene for the past two seasons.  His dedication to listen and improve is second to none.  His performance in Doha had people searching for ‘Who was this amazing 15 year old kid?’

I would also like to congratulate Chau Zi Kim, Guenther Echhart, ABSA President and Sport Director Christian Fock for all their hard work and thank the Austrian Billiards & Snooker Association for having the faith to employ me for the past five years.  It is an honour working for the Austrian Association and putting in place the training structure and plan that Florian has said helped him achieve this magical performance. 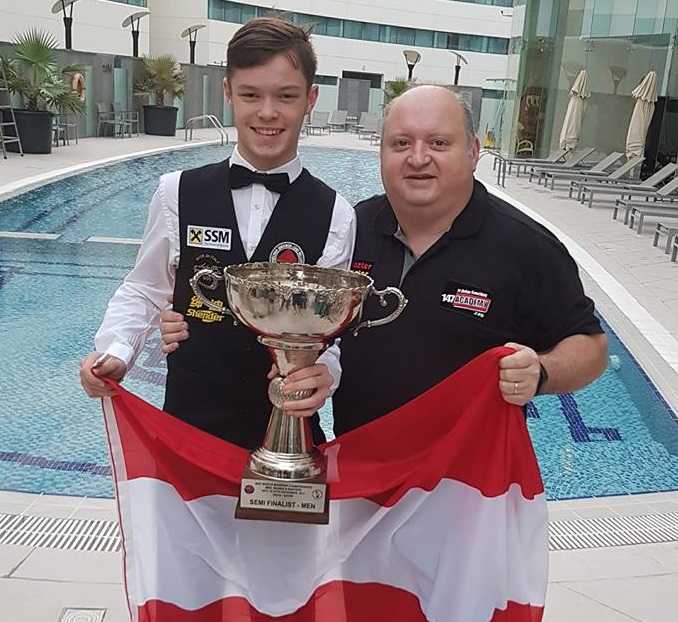 Only 2 European players were left in the last 8 of the World Championships in Irelands Brendan O’ Donoghue and Florian. I am very proud to say that both of these players are members of my 147academy. 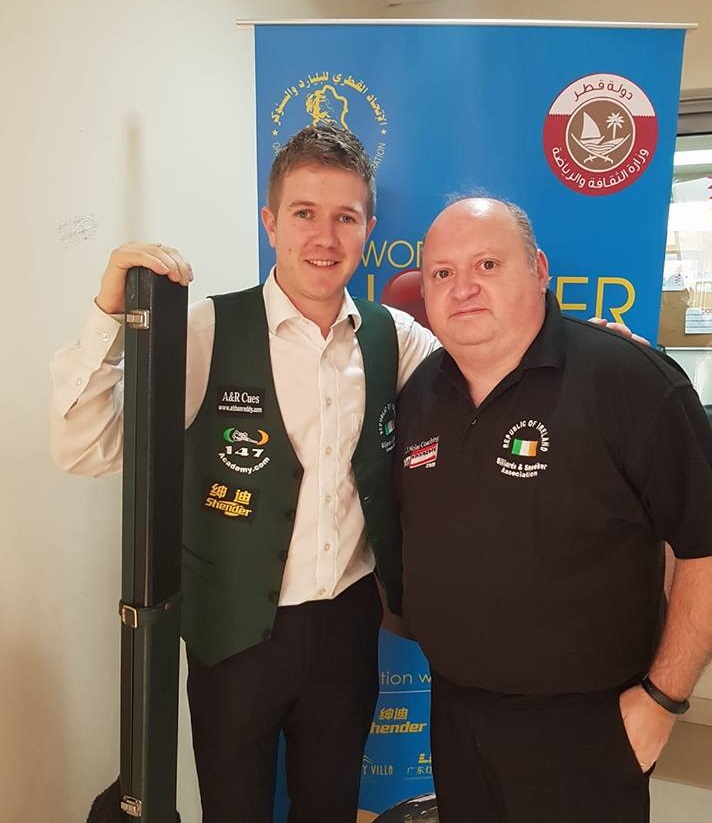 Irishman Brendan O Donoghue played great snooker in Qatar but he lost 5-6 in the Q-Finals to the eventual Runner up Amir Sarkhosh from Iran. Brendan finished second in his group and made three centuries along the way.  Click Group results

Brendan has reached the semi-finals stages one time in his career and I was so proud of the way he fought back from 2-5 down to level at 5-5 but he never got a chance in the decider. Well done Brendan!!! 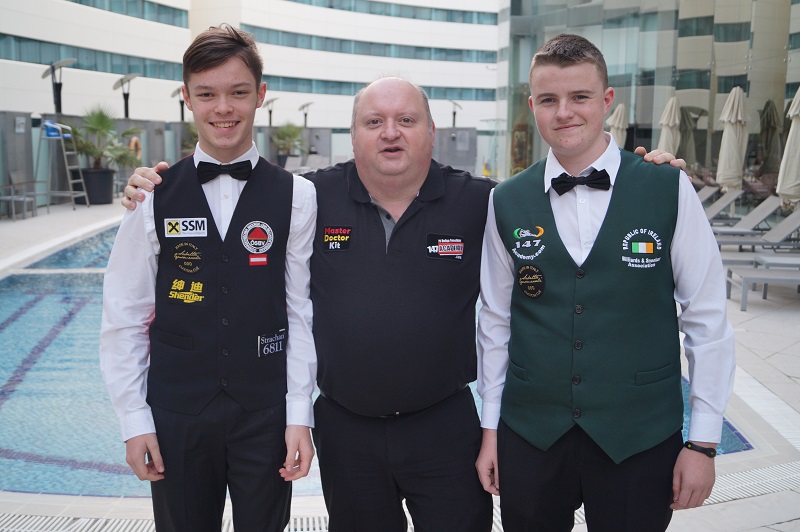 In the last 64 round Ross had a superb 5-2 victory over Ali Alobaidli from Qatar while Andreas beat former World Champion Igor Figueiredo from Brazil 5-4. In the last 32 Ross lost a close game to Lee Chun Wai from Hong Kong while Andreas lost to Ireland’s Brendan O Donoghue.

I would like to congratulate Florian and I hope this encourages more young Austrian, Irish and European Juniors to believe in themselves and practice hard because it is possible to do it on the big stage and I am so proud of Florian in Qatar.

Finally Congratulations to the my old boss the Qatar Federation for hosting another superb, successful World Championship. Qatar will always have a special place in my heart, and I am so proud to return with one of my Juniors and reach the World semi finals in Doha.