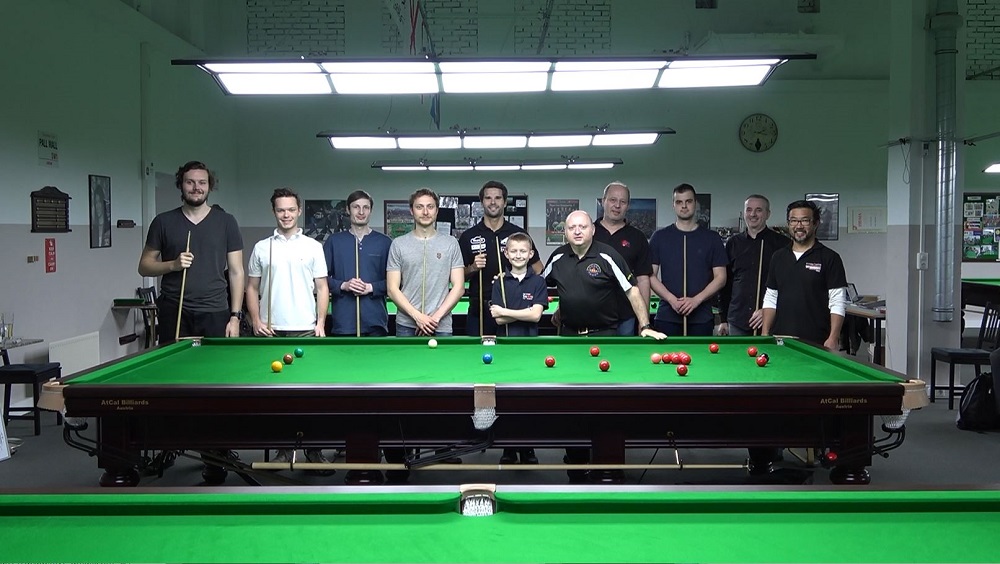 My 147academy returned to the city of Vienna to hold a National Snooker Training Camp organised by the Austrian Billiards & Snooker Association on Saturday 23rd and Sunday 24th of April 2022.

Training Plan
I focused on the players Technique, Cue Ball Control, Long Potting and on the Mental Side of the game. The players performed fantastic in the camp on my specific academy routines.

Austrian No.1 and current IBSF U-21 World Champion Florian Nüßle knocked in an incredible 147 break on the Academy 147 Break which bodes well for him playing in Q School next month. CLICK TO WATCH

During all Austrian camps we focus on 12 specific drills in 3 Areas of Potting, Control and Scoring. Oskar Charlesworth set a new camp record in the long potting drills with a fantastic score of 32 from 40pots.

Paul Schopf gave a masterclass of cue ball control to set a new record in the cue ball control drills with 38 balls from the 40 balls. Florain Nüßle still holds the Scoring record with 427 points which he made in the March Camp.

Finally, 12year old Lukas Stötzer showed how much he is improving this season when he made a 102 break on the Max break which was his first century during our camps. His 102 is also a 147 academy record on the Max routine for under 12 players. CLICK RECORDS

Coaching
All the players received the video clips from the camp along with a copy of the new 147academy Mental Training booklet to work on during each training session ahead of the EBSA Championships in Albania and QSchool in UK.

The latest training aids were used in the camp to enhance the sessions like the Master Doctor, Str8aim SA-1 & SA-2, Chris Henry Balls, Academy laser, EBSA Coaching Balls to help to get the players on the line of aim and develop a smoother stroke in their delivery.

Thank You
I would personally like to thank the Austrian Association for inviting me to work with the National Snooker Team players for 2022 and I am already looking forward to my next camp in June.

Good Luck
Finally, I would like thank all the Austrian players on a great camp, keep on training hard guys and see you all in June. I would like to thank Austrian President Christian Fock, National Coach Chau Zi Kim and Daniel Seyser along with the HSEBC Academy for their assistance during this training camp.